Bellcate is very proud that we have four current students who have just completed spring courses through the Community College of Vermont (CCV). These students are taking advantage of the State of Vermont Dual Enrollment program where high school juniors and seniors can take up to two college courses for free to earn college credit… Read more »

Three of the greatest Catamounts to ever play for the University of Vermont took the time to message Colby and Isaiah during their remote learning fitness classes. Hall of famers, TJ Sorrentine, Taylor Coppenrath, and Mike Trimboli reached out to the two Bulldogs, with words of encouragement, and to congratulate them on winning back to… Read more »

In front of the majority of the school, Joe put on quite a show at Regal gymnastics to close out quarter 2. He showed his amazing athletic ability and creativity. Using trampolines and objects to leap over, the Bellcate crowd left Regal in absolute amazement at what they had just seen. “Joe was awesome,” said… Read more »

Pickleball is one of the fastest growing sports in the US. It is a fantastic combination of tennis, badminton and table tennis. It is a game created for all ages and skill levels and the rules are simple, making it easy for beginners to learn. At the same time, for players with more experience it… Read more » 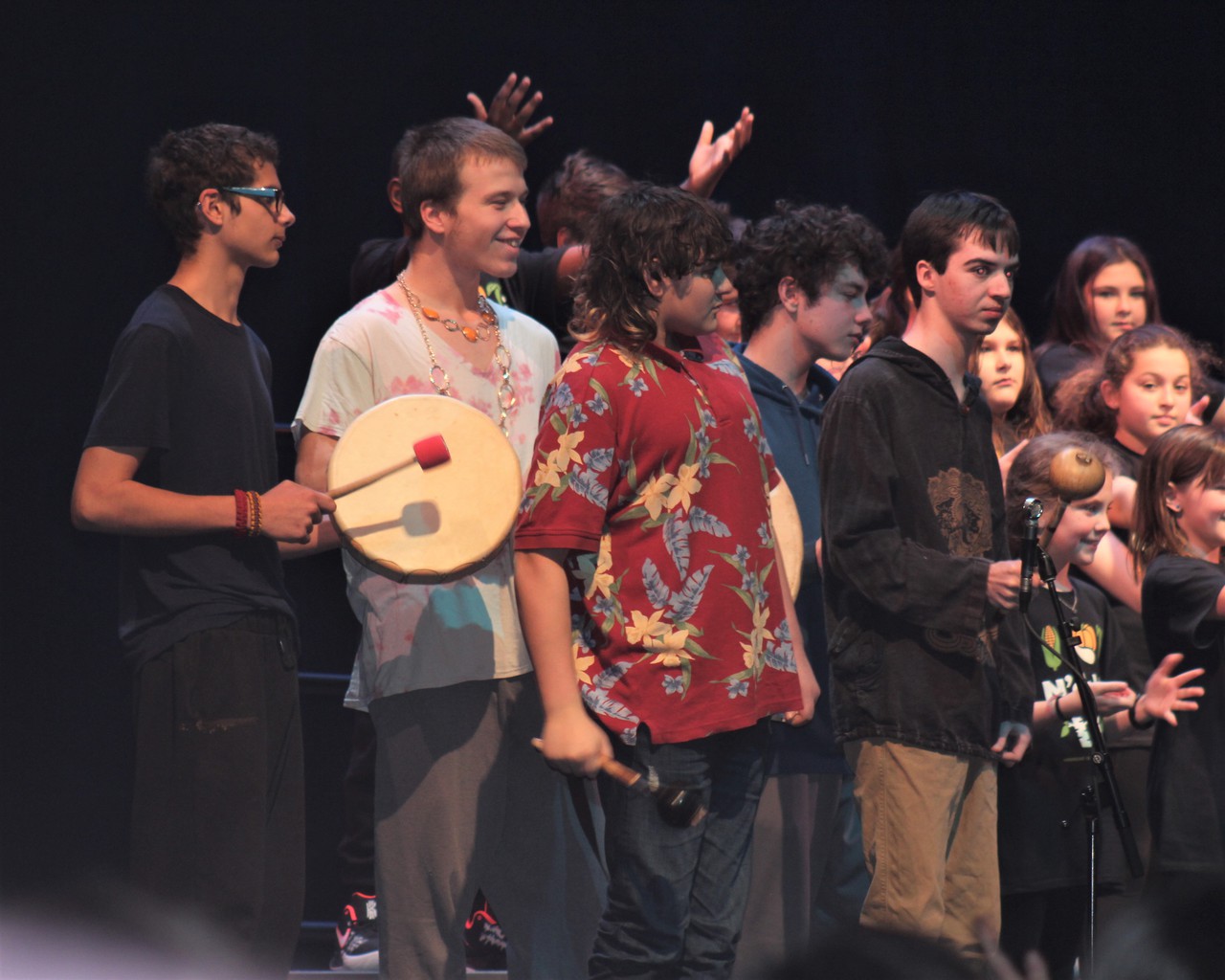 Bellcate School Music Students Perform On The Flynn Mainstage As Part Of A Cultural Abenaki Event!

The Abenaki Tribe is a First Nation People, oftentimes referred to as “Native Americans”, who live in what is currently called Vermont, and areas beyond, after 13,000 years of uninterrupted historical and cultural presence. Even as an Indigenous sovereign nation, the Vermont Abenaki are still not recognized by the U.S. Federal Government. Access to many… Read more » 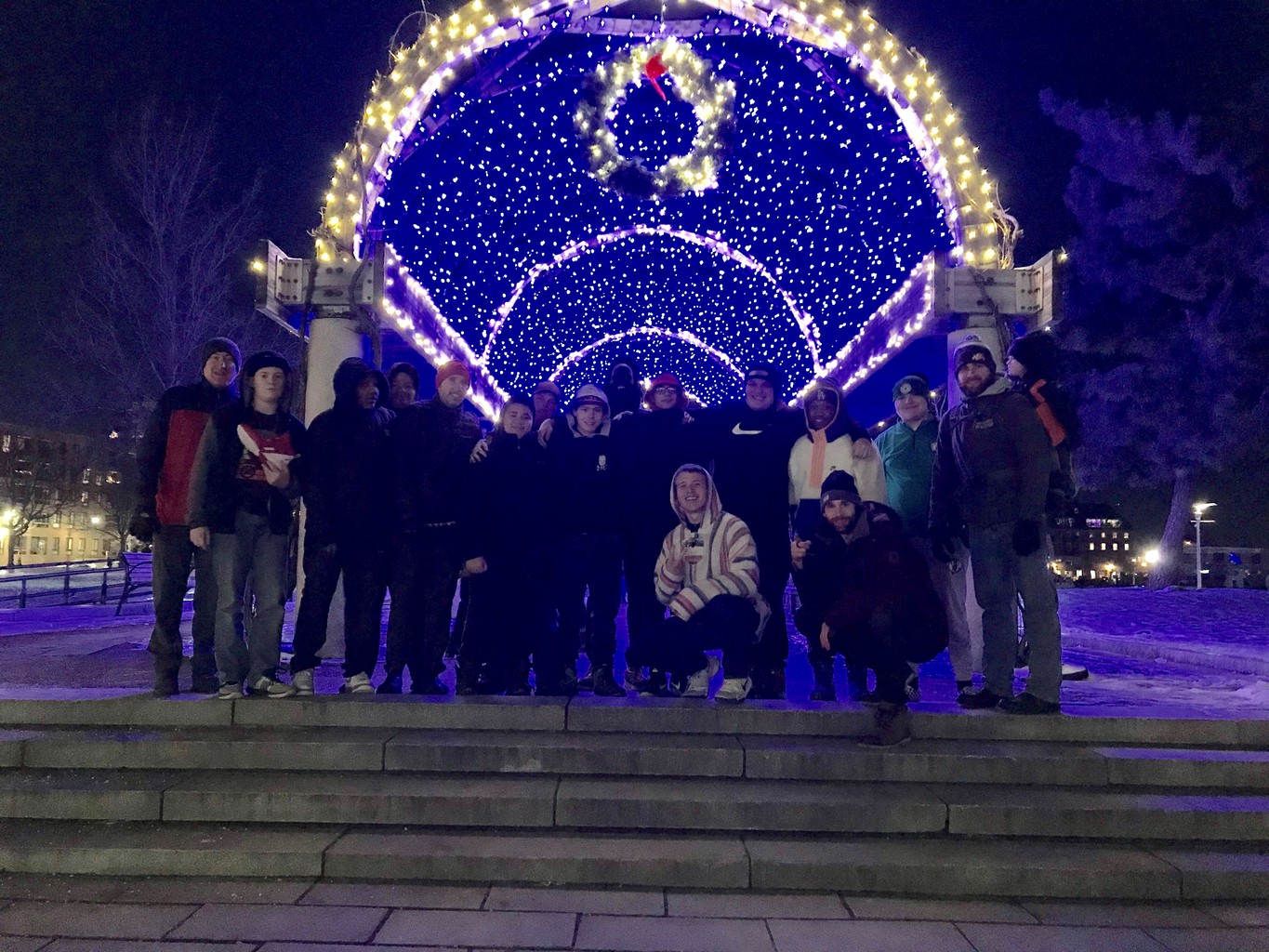 At the beginning of this year’s Bulldog Basketball season it was announced to our team that this year we were invited to attend an NBA game at the TD Garden on the last day of school before the holiday break. With shouts and high fives, our team could not have been more shocked and thrilled… Read more »

Bellcate School utilizes a three-stage personal development model that draws on a number of effective theories and strategies. This is not a fixed system, but rather a way of understanding change within a context. Bellcate School understands growth and change to be a slow and challenging process for anyone.
Read more about our three-stage personal development model

The primary focus of the exploration stage is to build a strong therapeutic relationship as a foundation to facilitate and support growth and change. We use nonjudgmental acceptance and communicate empathy, respect, and genuine care so students can come to accept themselves and unblock their own natural potential.

Students are often ready to move into the Understanding Stage when they have developed strong, trusting, and safe therapeutic relationships with staff. The goal of this stage is to support students in constructing new insight and understanding. Staff assist students in determining their own role in their thoughts, feelings, and behaviors.

Thoughts and behaviors are learned according to learning principles and thus can be changed using the same learning principles. In the Action Stage, staff assist students in making decisions that benefit themselves. Staff refer to the stages of change model as a resource to further understand where the student is in the change process.